This site doesn't support Internet Explorer. Please use a modern browser like Chrome, Firefox or Edge.

Learn the history and occupation of Palestine, the claims used to justify occupation, how to counter them robustly with well-established facts and advocate for restoring the rights of the Palestinians.

Course to begin on 25th February 2022- reserve your space now

What You Will Learn 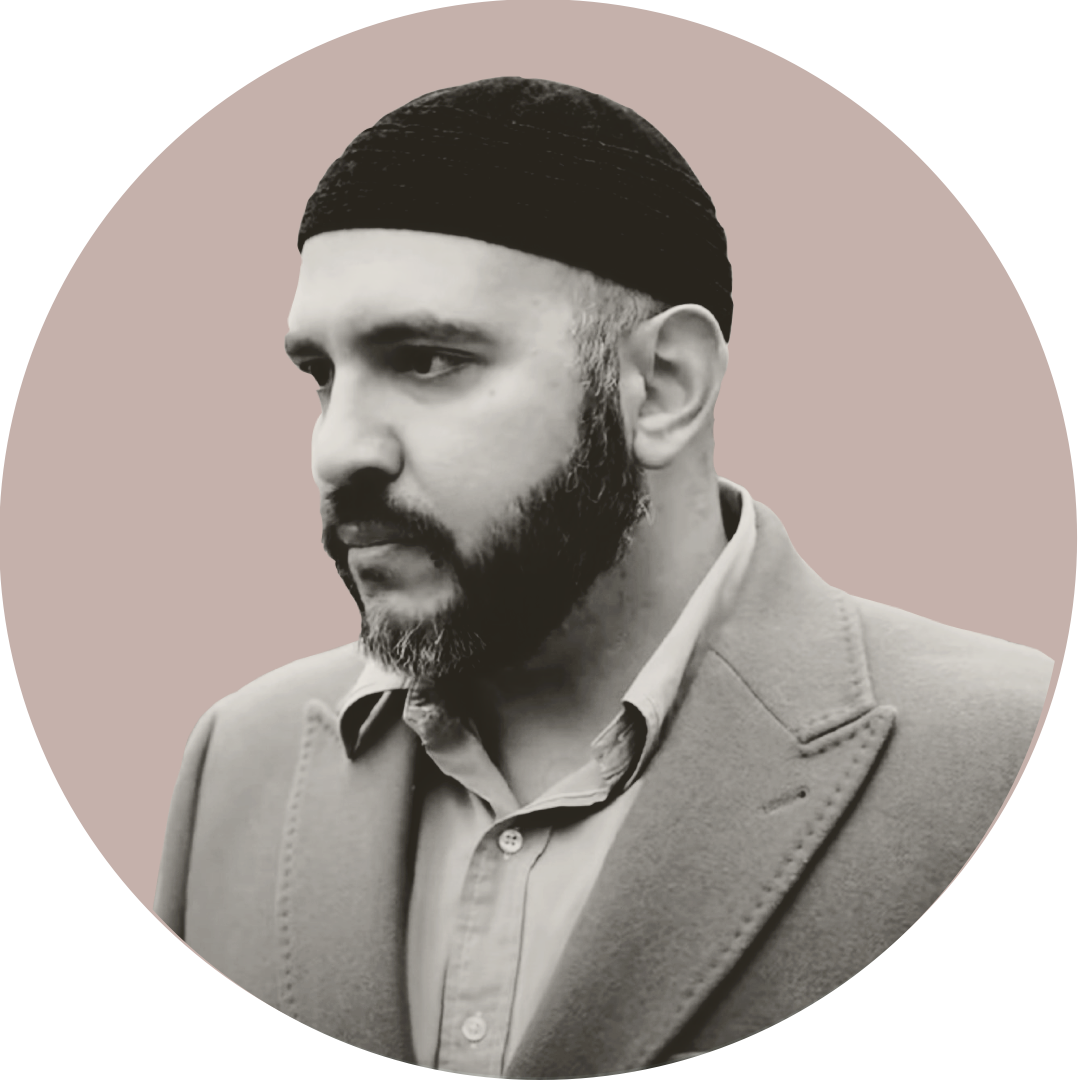 Abdullah is the Head of Occidentology at The Quran Institute with 15 years of experience critically engaging secularism, liberalism, zionism, atheism, christianity and judaism across a variety of platforms. He teaches the reality behind Western philosophies, political systems, values and intellectual self-justifications.

This is what will be covered in this course

• Summary of positions and arguments on the issue of Palestine

CORRECT USE OF THIS COURSE

•  Correct mentality and approach to the issue of Palestine

•  Islamic adab and akhlaaq in discussion and advocacy

•  Origin of toponyms and ethnonyms

•  Prehistory of the land of Canaan

•  The period of the two successor states, Kingdom of Samaria and Kingdom of Judah

•  Roman province(s) of Judea, then Palestina (and later 3 divisions), and Sassanian temporary conquest (and Jewish autonomy)

•  Conversions of Jews to Christianity

Week 4 - Major Developments In Palestine From 1948 Until Oslo Accords

Week 5 - Major Developments In Palestine From Oslo Until Current Day

•  History of Israeli military operations against Syria and Iraq

•  History of Israeli clandestine operations in the Middle East (Including Iran)

STRATEGIC INTERESTS OF THE MAJOR PROTAGONISTS AND STAKEHOLDERS

•  The United States of America and its Middle East Policy

•  British and French, and wider European Union policies and relations with Israel

•  The Soviet, and later, Russian policies towards Israel and the Middle East

•  History of resolutions, enactment and vetoes by the United Nations Committee and Security Council

REVIEW OF THE MAJOR CONTENTIOUS ISSUES

•  Recognition of Israel by the ‘Arab-states’

•  Status and divisibility of Jerusalem

•  Israel’s building of settlements on the West Bank

•  Control of the Golan Heights

•  1967 borders and the description of Israel’s as an ‘occupation’

•  Feasibility and degree of autonomy of a Palestinian state

REVIEW OF THE PROPOSED SOLUTIONS

DE JURE LEGAL DISCRIMINATION BASED UPON RACE/ETHNICITY (WITHIN ISRAEL)

•  Palestinian ‘absentee’ laws for land appropriation by State of Israel

•  Right of return for only one ethnicity (& religious conversion) [Aliya]

DE FACTO LEGAL DISCRIMINATION BASED UPON RACE/ETHNICITY (WITHIN ISRAEL)

DE FACTO LEGAL DISCRIMINATION BASED UPON RACE/ETHNICITY (IN OCCUPIED TERRITORIES)

•  Expropriation of land in West Bank for “public needs”

•  Requisition of land in West bank for “military needs”

OVERVIEW OF JUDAISM AND CHRISTIANITY, CREEDS AND ORAL AND TEXTUAL SOURCES

•  Judaism’s concept of the Holy Land

•  The Temple Mount and Jewish atonement and sacrificial laws

•  Christian end-times eschatology and Jewish residence in the Holy Lands

•  Islam’s view of the Covenant of Moses

•  Islamic eschatology and the Holy Lands

•  Islamic perspectives on the occupation of Palestine

A REVIEW OF NATIONALIST ARGUMENTS FOR AND AGAINST ZIONISM:

•  Origins of nationalism, and the concept of the Nation-state

•  Ideology and vision of Theodore Hertzl

A REVIEW OF HISTORICAL-TIE/INHERITANCE-BASED ARGUMENTS FOR AND AGAINST ZIONISM:

•  Zionist argument of historical ancestry and ‘right to return’

•  Zionist delegitimisation of ancient Palestinian ties to the land of Palestine

REVIEW OF MORAL ARGUMENTS MADE FOR AND AGAINST ZIONISM:

•  History of anti-semitism in Europe and Western countries

•  ‘anti-zionism is anti-semitism’: History of the delegitimisation of Zionist critical narratives

•  Treatment of Palestinians in Israel and Israeli-controlled territories

REVIEW OF ‘MORAL HIGH-GROUND OF CONDUCT’ ARGUMENTS FOR AND AGAINST THE ISRAELI STATE:

•  Arguments for and against Israel, ‘Arab states’ and Palestinians based on desiring and breaching ‘peace’

Week 10 - Arguing The Islamic Viewpoint To The Palestine Issue, And Assessing Potential Solutions

THE ISLAMIC VIEWPOINT TOWARDS THE FACTORS INVOLVED IN THE PALESTINE ISSUE

•  Islamic conception of duty within the Muslim Umma

•  The perspective of Islamic law towards the Palestine issue

•  Islamic guidance, method and purposes on advocating justice with non-Muslims within non-Islamic contexts and power structures

•  Islamic guidance, method and purposes on advocating Islamic solutions with Muslims within the Muslim world

•  Evaluating immediate feasible actions through civil advocacy and Boycott, Divestment and Sanctions (BDS) in the West and beyond

Over this ten week course, attendees will learn the major streams of political and ethical thought underpinning modern left-wing politics, from its origins in Continental Philosophy (Kant, Hegel and existentialism) and Marxist thought through to their evolution co-joined with with post-structuralist (postmodernist) critique, and their current application in relation to race, class and gender today.

The course will give attendees a foundation in understanding the core creeds, justifications and value systems upon which the political philosophies of modern Western debates on equality, justice and identity politics are based.

The course will critically examine these from an Islamic basis and discuss potential Islamic responses. The course will be a must for all those who's work engages with the left-wing, or those of the youth who've been exposed to left-wing politics.

+ When and where will the course take place?

The course will start 3rd September 2021 at a venue in East London, UK to be confirmed.

+ Are your courses segregated?

Yes, all our onsite classes are segregated.

There is designated seating for brothers on one side and for sisters on the other.

The rest we leave to taqwa.

Absorption levels of all students vary.

However, this course is for anyone who wants to be active for the Palestinian cause whether on university campuses or outside. Other than this, there are no requirements to joining the course.

+ Are there any assignments/ homework?

This is in your benefit to have a better grasp of what is being taught.

+ Will there be any time for Q&A with Ust. Abdullah?

After this, there is a 1 hour Q&A session (8:30pm-9:30pm) to answer any questions you may have on the topics being taught.

Alternatively, you will be able to write to him at [email protected]

In the event of absences or unforeseen circumstances, we recommend purchasing the Online Conversion as only online students have access to recordings (subject to on-site ticket purchase).

This will allow you to become an online student with access to both recordings as well as onsite learning should you wish to come on-site. 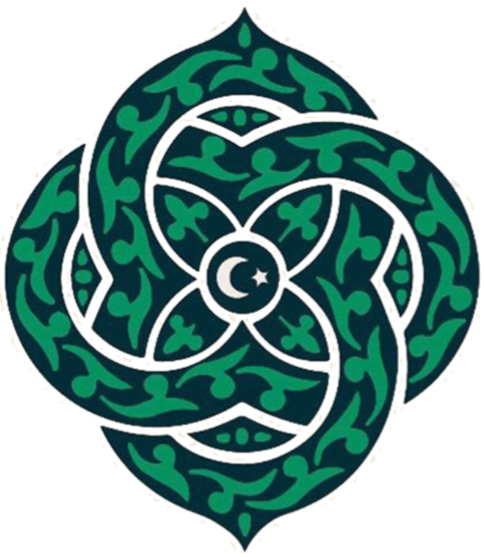 © 2021 The Quran Institute. All Rights Reserved.